Language is a central element in many of my performances. I use both recognizable language as well as nonsense or "anti-language" to create an intense, often confrontational atmosphere. Stuttering, grunting, and incomprehensive shouting accompany physical action and fragmented speach. In WAH and Morgen geht die Sonne unter (WAH, The Sun

Goes Down Tomorrow) one is confronted with a flood of textual ideas whereas with Huldigung (Hommage) and Art Slaves I assault the space with seemingly spontaneous bursts of pseudo-language and mysteriously stuctured gibberish. 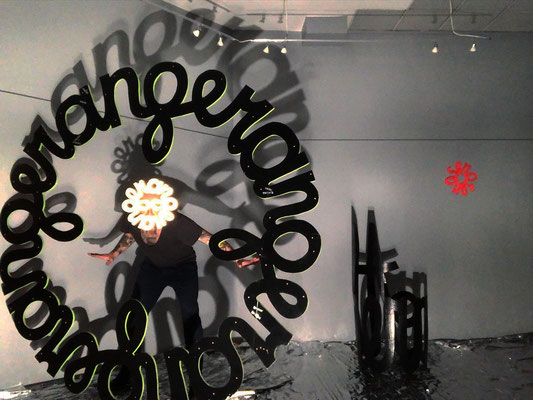 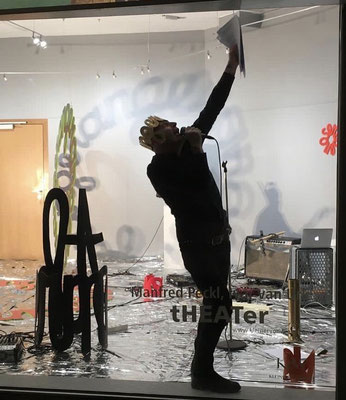 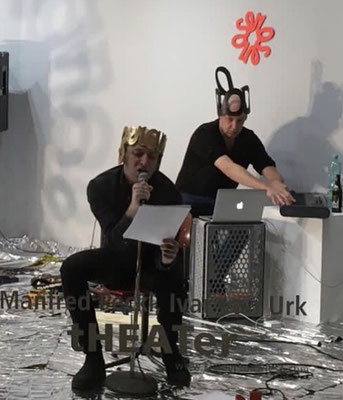 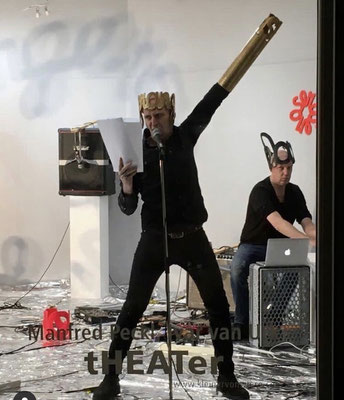 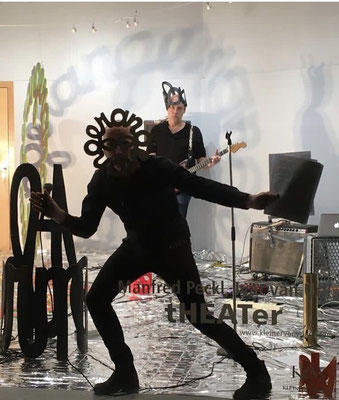 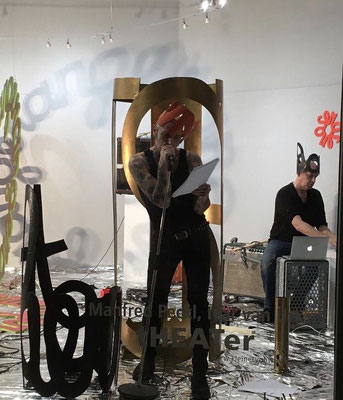